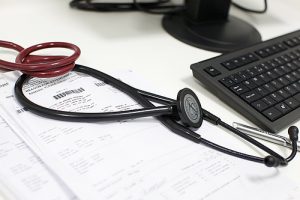 People’s Choice Award: Surgery of the Year goes live for the first time!

The General Practice Awards are an annual celebration of the hard work, innovation, and dedication taking place in primary care across the UK. Showcasing the very best projects, teams, and leaders and sharing in achievements, the awards are a fantastic chance to step back and reflect on the past year.

A new award has been added for 2018 – The People’s Choice Award: Surgery of the Year. New this year, the award offers the general public the chance to give their thanks and show appreciation for their local healthcare team. It is also perfectly timed to tie in with the NHS’ 70th birthday celebrations!

After a period of nominations, the long list is now open for voting with 81 surgeries in the running to be crowned surgery of the year!

Dr Stephenson’s Practice in Washington are the only practice in Sunderland to be nominated for the People’s Choice Award: Surgery of Year at the General Practice Awards 2018. The award offers the general public the chance to give their thanks and show appreciation for their local healthcare team.

You can vote for free online via the General Practice Awards website and really get behind your colleagues to help them make the short list. Voting closes on 10th August, with the short list being announced on 3rd September.

There are twelve other award categories on offer at the General Practice Awards 2018 including GP of the Year, Practice Nurse of the Year, Healthcare Leader of the Year, and GP Team of the Year. All the information about how to nominate can be found here: http://www.generalpracticeawards.com/enter/